ICWA: Placing a Baby for Adoption in Arizona

ICWA: Placing a Baby for Adoption in Arizona

In your search for adoption agencies in Phoenix, you might have noticed mentions of the ICWA. The Indian Child Welfare Act, known as the ICWA, bears some weight on how the adoption process in Arizona works for people like you. It makes it possible for Native American children to be put up for adoption, but it does add some complications. Adoption Choices of Arizona is proud to serve Native American mothers by helping them understand local and federal adoption laws.

What Does the Indian Child Welfare Act Do?

The Indian Child Welfare Act gives tribal governments power when Native American children are about to be put up for adoption. It protects any Native American child who is either a part of a federally recognized tribe or is eligible to be part of such a tribe. The child’s tribe and parents are both notified when they are to be put up for adoption.

In order to terminate parental rights, the following must be proven. First, a local public agency must show a relationship between the child staying in a family and emotional or physical harm to the child. Second, the agency must prove in court that they have made efforts to improve the family situation. Once these requirements are met, the Native American child will be placed in the least restrictive family setting. The priority starts with extended family members. Then, a licensed foster home is used by the child’s tribe. Then a licensed ICWA foster home, and finally some other institution specified by a tribe or organization.

Why Was the ICWA Enacted?

The ICWA was enacted as a response to the significant number of Native American and Alaskan Native children separated from their tribes and culture. The NICWA found that 85% of children who were adopted ended up estranged from their tribe and culture entirely. In many of these cases, there were perfectly willing family and tribe members who wished to take care of the child. However, they were separated anyway.

To help combat the separation of families and loss of culture, the ICWA was enacted. The goal was and continues to be, maintaining the existence of Native American tribes. While the ICWA might seem like it’s imposing arbitrary barriers to adoption, it actually exists to try and protect their best interests.

The Adoption Process in Arizona with ICWA

If you’re a Native American mother putting your child up for adoption, here’s what the process could look like for you. Like all parents, you can call us anytime to schedule your first meeting. Remember, the ICWA doesn’t stop you from putting your child up for adoption at all. Rather, it is about making sure that the priority of adoption lies with local tribes. Your adoption caseworker will help you understand what local programs exist and how Arizona works with local Native American tribes.

We’ll help make sure there’s a qualified expert witness to help terminate parental rights if you’re looking to continue with the adoption. From there, we work with local tribes and the public agency assigned to the case to find what family will be adopting your child. If there’s an extended family member or tribe foster care system, they will take first priority. Otherwise, some other way will be found to place the child with another Native American family.

Once the right adoptive family is found, the rest of the adoption process is the same as it is for any other adoption. If you’re in financial need during your pregnancy, we can match you with local public assistance programs to make sure you can take care of yourself. We’ll even help pay hospital costs regardless of whether you have insurance. Worried about getting all of that paperwork done in time? We’ll help make the process as simple and easy as possible. Adoption Choices of Arizona is devoted to making your adoption experience the best it can be.

Putting your Child up for Adoption

Adoption Choices of Arizona is proud to serve the Native American communities of Arizona. With the ICWA, the local government will make sure your child is placed within your tribe or with a Native American family. The ICWA does mean a few more steps to the adoption process, but it also means that your child can continue to pass down your culture to the next generation. Looking to make the call today? Contact Adoption Choices of Arizona! 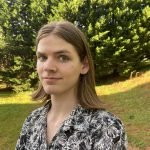 Meet the author: Joshua Boulet is an aspiring journalist and writer with a particular fondness for research and social sciences. He loves music, writing, reading, video games, and most art, and anything creative he can get his hands on. Boulet believes that there’s too much good stuff out there and not enough time to see it all. He grew up on video games: the classic Sonic the Hedgehog games, Mario Kart, Marvel Ultimate Alliance, and Legend of Zelda. The music of rhythm games led him to an interest in that, and the investigative journalism of Jason Schreier inspired him to discover the importance of journalism as an industry. That interest in developers’ lives led him to an interest in social justice and how the world could maybe be made into a better place. “All this to say, there is certainly a line I can draw between me obsessively playing Sonic the Hedgehog 2 and me interviewing my sociology professor about how to read academic articles. Those surprising through lines fascinate me all the same. At my best, I’m a person who gets to be constantly fascinated by the lives and work of other people.”

His favorite quote is from his favorite jazz musician:
“A genius is the one most like himself” – Thelonious Monk.