As little as a decade ago, same-sex adoption was nowhere near where it is now. Current generations have been able to watch history play out before them, and with same-sex marriage only being federally legalized since 2015, we can see that many LGBTQ+ rights haven’t been around for very long. And while there’s still a long way to go, same-sex adoption has never been more accessible. At Adoption Choices of Arizona, we’ve worked with several same-sex couples in the past and plan on continuing to do so in the future. If you want to learn more about LGBTQ+ adoption in Arizona, keep reading to hear our answers to frequently asked questions.

Unfortunately, LGBTQ+ adoption has been a controversial topic in our country’s political sphere. However, many people are open to placing their baby for adoption with a same-sex couple, and some people are even seeking it out. If you’re interested in learning more about LGBTQ+ adoption, Adoption Choices of Arizona is here to fill you in on everything you need to know.

1. Can LGBTQ+ Couples Adopt a Baby in Arizona?

Yes. In the state of Arizona, it’s perfectly legal for LGBTQ+ couples to adopt children. Although it still isn’t completely the same as it is for heterosexual relationships. For example, same-sex couples aren’t able to file for joint adoption. Only a married man and woman can do that in the state. However, there is a loophole via a later step-parent adoption if the LGBT couple is married.

2. What Are the Positives for Choosing a Same-sex Couple for Adoption?

Working with LGBTQ+ adoptive parents can be a fantastic experience all around. As long as you feel like they’re a good fit in all areas, there’s no reason you shouldn’t move forward with adoption. There are even some potential extra perks for working with a same-sex couple.

Here are some of the perks that come with choosing a same-sex couple from our list of adoptive families:

Having LGBTQ+ parents can give children a unique, empathetic perspective on the world, which is never a bad thing.

3. Will My Biological Child Get Bullied in the Future if They Have Same-sex Parents?

Unfortunately, kids are usually picked on at least once in their lives, and their peers will rely on anything to do so. While it’s possible your biological child will get teased for this in the future, they’re just as likely to get teased for something else.

But, luckily, in the United States, LGBTQ+ acceptance increases every year. While there is still some backlash from certain demographics in our country, many groups are slowly but surely becoming more accepting of same-sex marriage. When your child is old enough for your peers to notice they have same-sex parents, most of the children probably won’t care.

4. Does Adoption Choices of Arizona Work with LGBTQ+ Couples?

Absolutely! We’re committed to working with parents of all different ethnicities, sexualities, and cultural backgrounds. What matters most to us are parent’s background checks and qualifications to bring a child into their home. If someone is prepared to be a quality parent, everything else will fall into place.

5. What’s the Difference Between Same-sex Parents and Heterosexual Parents?

Ultimately, there won’t be a huge difference. While LGBTQ+ people do go through unique life experiences that give them a unique perspective, they’re just parents looking for a child to love in the long run.

Questions like these will help you determine more about potential families and help you decide which one is a good fit.

How Do I Begin the Adoption Process?

Although it may seem difficult, beginning the adoption process is actually quite simple. You may be wondering how you will handle finding an adoptive family, covering medical costs, and signing any legal documentation. But that’s what adoption agencies in Arizona are for.

At Adoption Choices of Arizona, we handle the backend of adoption in Arizona. We make sure to keep your adoption on track while providing emotional and financial support during the process. If you want to learn more about adoption, feel free to reach out to us today. 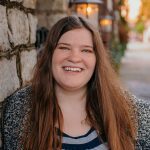 About the Author: Alexandra Georgiton is a fourth-year student at the University of Cincinnati studying Rhetoric and Professional Writing, and is receiving certification in Copyediting and Publishing. She has been passionate about the English language for her entire life, and reading and writing have always been her favorite hobbies. She enjoys professional writing and editing because she loves to use her talent and love of writing to make a difference in the world.