For an adoptee, the journey to find his or her birth parents can be very emotional. The documentary Closure beautifully tells the story of one of those journeys. Directed and filmed by Angela’s husband, Bryan Tucker, Closure follows transracial adoptee Angela as she searches and eventually meets with her birth family and receives closure. Adoption Choices of Arizona intern share a review of the documentary:

Disclaimer: This documentary is only one example. There is no guarantee that a search will yield positive results. Each and every adoption journey is different.

Angela was adopted at the age of one by her Caucasian parents, David and Teresa. At the time of her adoption, David and Teresa already had one biological child and six other adoptive children, all of which had different racial and ethnic backgrounds. Born with Spastic Diplegia, which is a tightening of the lower limb muscles, it was unclear as to whether Angela would ever be able to walk. However, Angela defied all expectations and even went on to play basketball through college, while majoring in Psychology. While in college, she also met her husband, Bryan, who would later go on to film the documentary.

In her early twenties, Angela began to grow curious about her birth family and her history. She wanted to know where she came from. So, she began with what she had: a few pages of medical and social history. Within those pages of non-identifying information from her closed adoption, she was able to find two first names — the names of her birth parents — which gave her first lead.

Armed with the names Deborah Ann and Oterious, alongside the process of elimination, she began digging deeper. After a few failed attempts and finding Deborah, Angela began to focus on her birth father, given his unusual name. Soon she located an, Oterious “Sandy” Bell. Upon their discovery, Angela and family are able to meet with Sandy, who had no idea Angela even existed.

After meeting with Sandy and his relatives, Sandy points the family to Deborah. However, Deborah is not ready to admit that Angela is her biological daughter. Despite Deborah’s original reluctance, Angela is still able to obtain enough information to connect with some maternal relatives. These relatives are later able to convince Deborah to connect with Angela.

Upon connection, the women are able go on a journey of healing together alongside their families, finally reaching a point of closure.

The Adoption Journey, Emotions, and Topics

In addition to the search itself, the Closure documentary also discusses many other topics and emotions related to adoption. These topics include reactions to transracial adoption, special needs adoption (a child with a disability or drug/alcohol exposure), and the impact of a birth family search on both families. Angela is a transracial adoptee who is part of a large family made up of both biological and adoptive children in the predominantly white state of Washington. A few of Angela’s siblings also had disabilities, including one with fetal alcohol syndrome.

As Angela’s search progresses, we also see the impact it has on her family. Her family does not understand her motivations at first, thinking that this search means that they are not enough for her. Her husband is also hesitant because he is afraid she will get hurt. On the other hand, we also see that this search sparks the curiosity of Angela’s adoptive siblings in terms of their own history.

When Angela meets her birth family, we see them experience moments of shock, anger, sadness, denial, but also gratefulness. Apart from her birth mother, none of Angela’s biological family even existed. They were angry and hurt that Angela’s birth mother had not come to them for help or told them about her. They wished they could have raised her, but are thankful that Teresa and David gave Angela a wonderful life.

Furthermore, we are given the opportunity to hear Deborah’s pain and regrets as a birth mother. We see her original denial and rejection of her past and then follow her on a journey of personal reconciliation and forgiveness.

Final Thought From an Adoptee

If you missed my last piece, I discussed my own personal adoption story and my recent decision to try and find my birth family. While watching this documentary, I saw myself in Angela. There were many parallels between our stories, and I witnessed her experience some of the same emotions that I am going through now. I would recommend this documentary to any other adoptee and their family. Closure wonderfully tells a story of hope, pain, and the power of adoption that I believe will inspire any adoptee considering looking into his or her history.

Watch it for Yourself

Closure was filmed by Bryan Tucker. The documentary can be rented on Youtube or Google Play. It can also be watched on Amazon Prime with a subscription, or on Tubi for free. 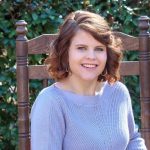 Meet the Author: Grace Myers is a sophomore Digital Media major at North Greenville University, excited to work with Adoption Choices over the next couple of months. As a firm believer that every individual has a story to tell, and a right to be properly represented, she loves meeting new people and learning their stories.

When she’s not writing, you can find her listening to music or cuddling with her dog, Sundae.