The Blind Side: A Story of Adoption and All its Beauty 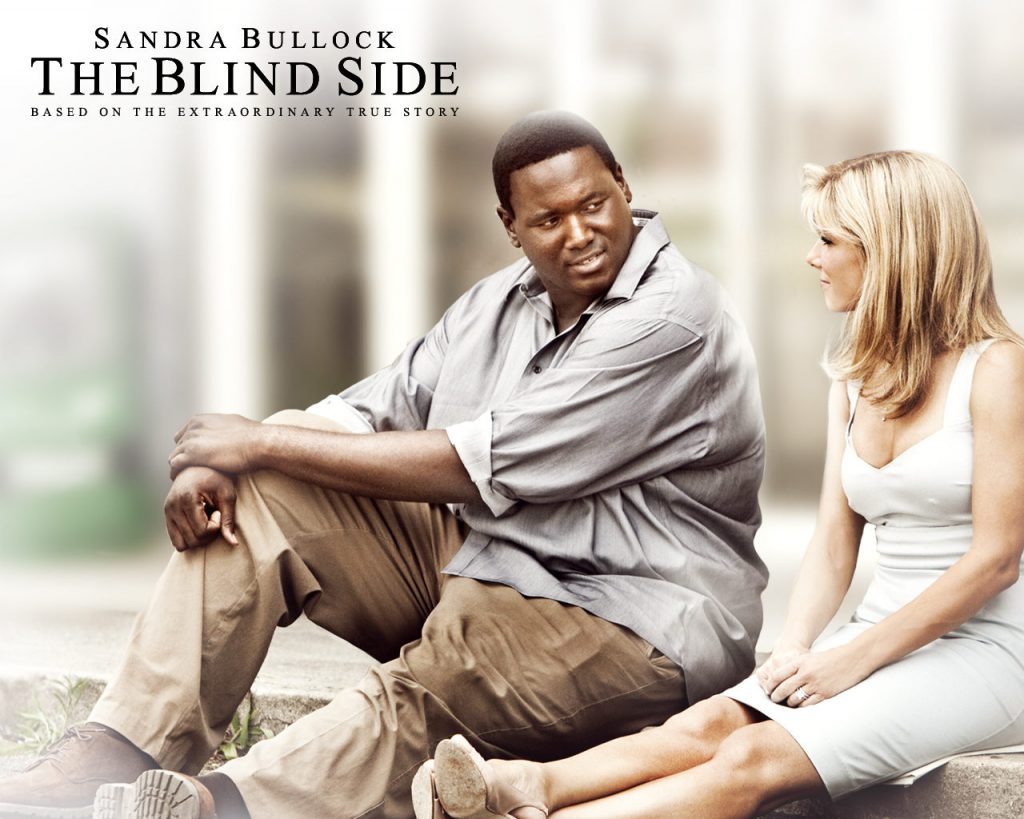 Although The Blind Sidecame out in 2009, its impact has yet to diminish. The film is based on the 2006 best-selling bookThe Blind Side: Evolution of a Game, which tells the story of how Michael Oher’s life gets flipped upside down (for the better) when he’s adopted by the Tuohy family. The Tuohys and Michael don’t have it easy at first, but they quickly show that with the power of family, anything’s attainable. Here are the most memorable parts from the film that exemplify adoption and all its beauty.

Despite what even your closest friends may tell you, you know when and what it takes to do the right thing. Leigh Anne Tuohy, played by Sandra Bullock, who rightfully won the Oscar for Best Actress for her role, does this throughout the entire film. When her son, SJ, befriends Michael when no one else does, she keeps him on her radar.

She invites him over for Thanksgiving dinner when she knows he’s alone; she offers him a place on her couch when she knows he plans to sleep outside; she reprimands her friends when they say Michael isn’t a good influence on her kids; she even confronts Michael’s biological mother with her plan to adopt him. Mom knows best, and Leigh Anne believes in Michael’s abilities. It doesn’t take long for everyone else to realize she was right all along.

As was previously mentioned, SJ, played by Jae Head, befriends Michael when no one else does. The extent of SJ’s kindness, however, doesn’t stop there; it’s much more deeply rooted. As Michael and SJ are involved in a car accident, Michael saves the much smaller SJ by stopping the airbag with his arm. SJ, even while he’s enduring the immense injuries he sustained in the accident, doesn’t think twice about his friend-turned-brother. Their interactions are some of the most heartwarming in all of film, and it makes it all the better knowing it’s actually true.

We all know how the story ends: Michael, who knew nothing about football before Leigh Anne introduced it to him, becomes an incredible college football player and is eventually drafted in the first round of the 2009 NFL Draft by the Baltimore Ravens. Played by Quinton Arron, Michael’s journey getting there, though, is one of hardship.

His drug-addicted mother neglects him, and viewers find out near the film’s beginning that his father has passed. All hope is lost until the Tuohys enter Michael’s life, and though giving up could’ve been the easiest option, he didn’t go through with it. He builds himself into a promising athlete and works diligently with a tutor to get the grades he needs to be a qualified college athlete. He succeeds and ends up going to Ole Miss, both of his parents’ alma maters, despite offers from other prestigious college programs. The rest is history.

Sean Tuohy, the dad played by Tim McGraw, and Collins Tuohy, the young sister played by Lily Collins, weren’t mentioned before, but their significance in Michael’s story is not any less important. Every person who came into Michael’s life before and after he found the Tuohys impacted him somehow. Some just made it their goal to transform him into the inspirational, loving man he became, and they executed it well.

The two biggest takeaways The Blind Side offers is that every action and every word makes a difference, and creating a family has its challenges, but it’s worth it if you give it your all. Every adoption is unique in this way. It requires resilience and teamwork, but once you realize it’s meant to be, it’ll blossom into the most rewarding experience of your life.

If you want to learn more about creating your own family or find adoption resources, visit adoptionchoices.org or text us at 1-480-900-5520.