I sat down to watch Shazam! with the lens of someone watching a comedy, expecting a spoof on superhero movies. Not only did it exceed my expectations of humor with its adult and child-like comedic timing, but it was also a legitimate superhero movie – battle scenes, a hero, a supervillain, monsters, and a city to save. However, I was also not expecting the meaningful elements of humanity, what it means to be a kid, and especially – what it means to have a family. 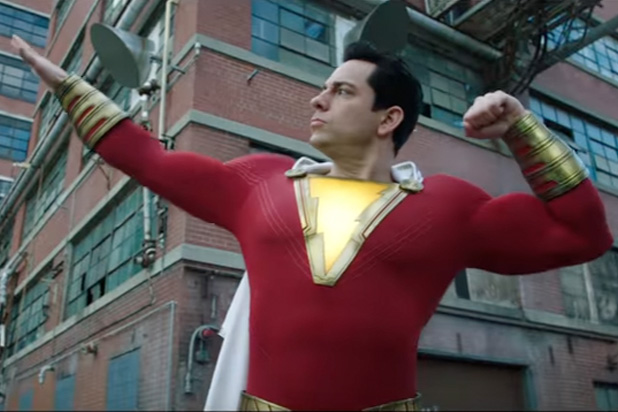 The beginning of the film is the antagonist’s origin story, and where the fantastical elements of the story are introduced. After the tragic backstory of the villain, we are transported to modern day Philadelphia in which we see our unexpected protagonist, 14-year-old Billy Batson.

Billy is not a typically “normal” kid. On the outside, he appears to simply be a happy troublemaker, but this is before the audience finds out he has a history with the foster system. After getting separated from his mother at a carnival at 3 years old, Billy ran away from several foster families, and has been convinced that he doesn’t need “fake parents” as long as his mother is still out there, probably looking for him, too.

However, much to his chagrin, he is accepted into a foster home with several different kids therein from different backgrounds, all of whom embrace Billy in their own ways. Billy is not convinced, however, and even his superhero-obsessed roommate, Freddie, cannot burst through the wall he has built up around himself.

During his first days with his new family, Billy reacts coldly to any signs of familial affection, delegitimizing their excitement for him. This is a common theme within the movie – Billy is still not convinced he needs anyone but his mother.

Nothing seems to get through to Billy, until one day after school. Freddie, who is also disabled and walks using a cane, is a common target for bullies. Billy walks away as the bullies rough Freddie up, until he hears them taunting Freddie about having “no mommy.” This is, in my opinion, one of the most formative moments for Billy’s character in reference to his foster family, and, specifically, with his brother Freddie. Billy stops in his tracks at the utterance of Freddie’s mother, as if something snaps inside him, and uses his empathy to defend Freddie by hitting the bullies with Freddie’s cane.

Because of this heroic act of defense for his brother, he is deemed to be worthy of a heroic title, and gets transformed by a wizard into the superhero, Shazam, complete with a costume and a cape. He and Freddie begin to bond while Billy is Shazam, and most of his experience being Super is spent trying to figure out how to use his powers and how to pass off being an adult when he’s actually a 14-year-old boy.

There are moments of contention between Freddie and Billy when Billy’s power goes to his head, as he believes that the only worth he has is in the costume and cape. They are forced to set aside their differences, however, when the supervillain from the beginning of the movie finds Billy, or Shazam, and threatens to harm his family if he does not hand over his power. Still not truly taking his abilities seriously, Billy barely manages to get away from the villain and back home in defeat.

Before a final battle with the antagonist, one of Billy’s brothers reveals that he knows where his birth mother lives – and she’s only two subway stops away.

All of Billy’s life has lead up to this moment – he stands in front of the door he hopes his mother is behind and knocks. A woman answers the door, and is recognizable as his birth mother from what the audience had seen in the beginning of the movie. Only, she doesn’t seem too excited to see him; she looks tired and a bit disheveled, and has an air of disappointment and shame when Billy reveals his identity. When he asks, she explains to him why she didn’t go looking for him: faced with unexpected and unwanted motherhood at 17 years old, she thought the foster system could take better care of him than she ever could.

Billy seems deflated at this news, as anyone would be, but something switches in him again. He thanks her for her time and tells her he has his family to go back to, running away in determination.

Although he had not taken his powers seriously for nearly the entire movie leading up to now, Billy decides he must do anything to protect his family against the antagonist. We finally see Billy as a true hero because he recognizes the power that comes with self-worth, rather than worth that comes with power. With help from the same magic that turned him into Shazam, his siblings also become Super to join forces defeating the enemy.

After this experience, Billy finds a new-found love and appreciation for his family, because he has finally realized his home lies where he is happiest and most accepted.

Shazam! is an all-encompassing movie experience – it has superheroes, villains, humor, friendship, and an important message about where you come from and where you belong. This film does take place in a world in which superheroes not only exist, but walk among citizens, and yet has such heart and deals with such a real-life topic as identity in family. Billy finds, upon meeting his mother again for the first time in years, that what he has made up in his head is not at all the picture painted in front of him. He realizes that, after all, he does have a family, not despite of, but becausethey are all so different. This movie exemplifies that identity does not always have to stem from blood, but can stem from connections made through foster families and the adoption system.